OELC-DG was developed following the Czech Air Force requirement for operational English language training, with the aim to unify and instruct English terminology used by airborne gunners within NATO air crews. The course is instructed by two experienced British Qualified Helicopter Tactics Instructors (QHTI). “The overarching objective is to focus on interoperability and standardization of procedures by combining the crews during the training”, said one of QHTIs, Danny Hanson. The tactical simulator is intended to be used in the final part of the course to simulate the tactical scenarios to prompt the correct and timely use of key phrases by students – door gunners from MATC countries – Czech Republic, Slovakia, Hungary and Croatia. Later, the intention is to extend the training to NATO/EU/PfP military units.

Norway provided funds through the MHI (Multinational Helicopter Initiative) trust fund for two OELC-DG courses. This provision triggered intensive preparatory effort with UK QHTIs visiting 22 Helicopter Base at Náměšť nad Oslavou to discuss the content of the course directly with the trainees. The British instructors have a long association with NATO/EU helicopter crews, as they have been providing the EDA (European Defence Agency) Helicopter Tactics Course (HTC) in RAF Linton-on-Ouse. The preparatory effort laid the good foundation for the OELC-DG syllabus, which is in line with NATO and EDA training standards.

The Courses are published in the MATC TRG Catalogue in the section Additional (Special) Training Courses. 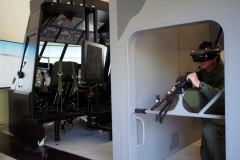 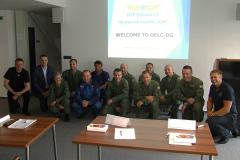 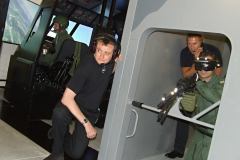 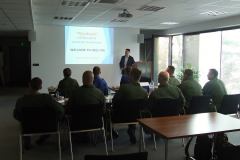 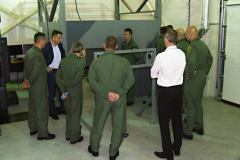 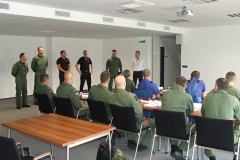